PINNACLE ~ Beyond the horizon

The Inauguration of the HR Club began with welcoming our guests and the audience by our hosts. This was followed by seeking the blessings of Lord Ganesha by lighting the lamp by our Honourable Chief Guest Ms Minu Joshi and our alumni Mr Mihir More, Ms Pallavi Rane, Dr. Harshita Kumar and Dr. R G Ratnawat later followed by Ganesh Vandana.

The importance of the HR club was highlighted along with a welcoming speech and brief introduction of our guests, Ms Minu Joshi and Mr Mihir More.

The hosts then asked our guests to reveal the name, logo and the tagline of the human resource club by showing the inauguration video to the audience. And then HR club Name PINNACLE …Beyond the horizon was explained by the host.

Followed by our Guests Ms. Minu Joshi who boosted the morale of students by sharing her magic mantra for success which is to be fearless and accept challenges in life and Mr. Mihir More who enlightened the audience with his experience and tips to fill the gap between college to corporate.

To understand the core of Human Resources, two activities were introduced during the event, first one being “Sunn Saiba Sunn” The second activity the participants were showed four actions and were asked to pass on the message to the next person in the line. The first person who passed on the actions and the last one to receive them had to reveal the actions told to them. The motive behind this activity was to understand the communication gap created, which could be filled with a proper supervision and guidance from the HR.

Selfie Point was introduced by putting out the importance of management lessons through selfie point themed Pushpa.

After the performance by the human resources club, Dr. Harshita Kumar addressed the audience and motivated them.

The event ended with a vote of thanks followed by the National song. 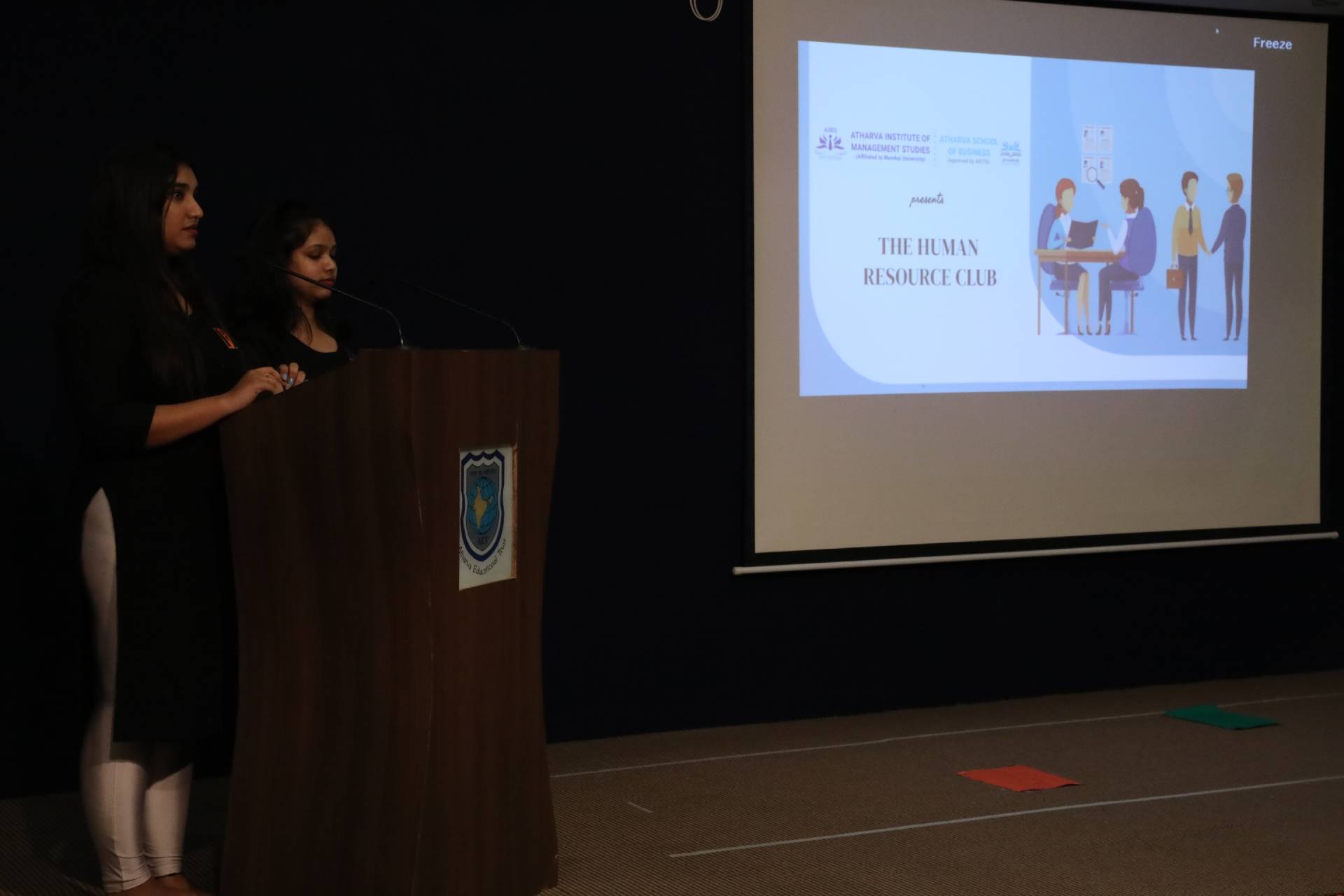 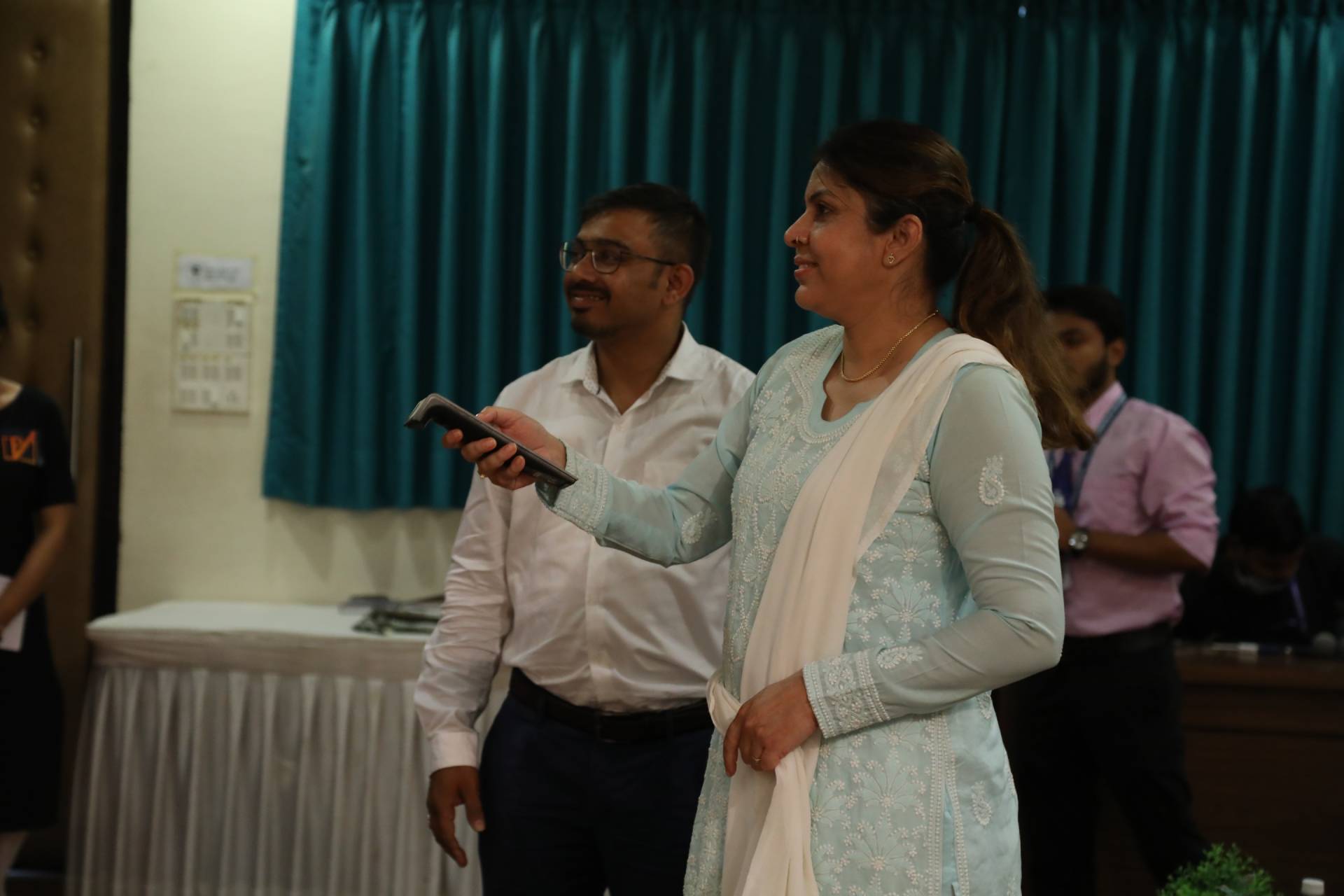 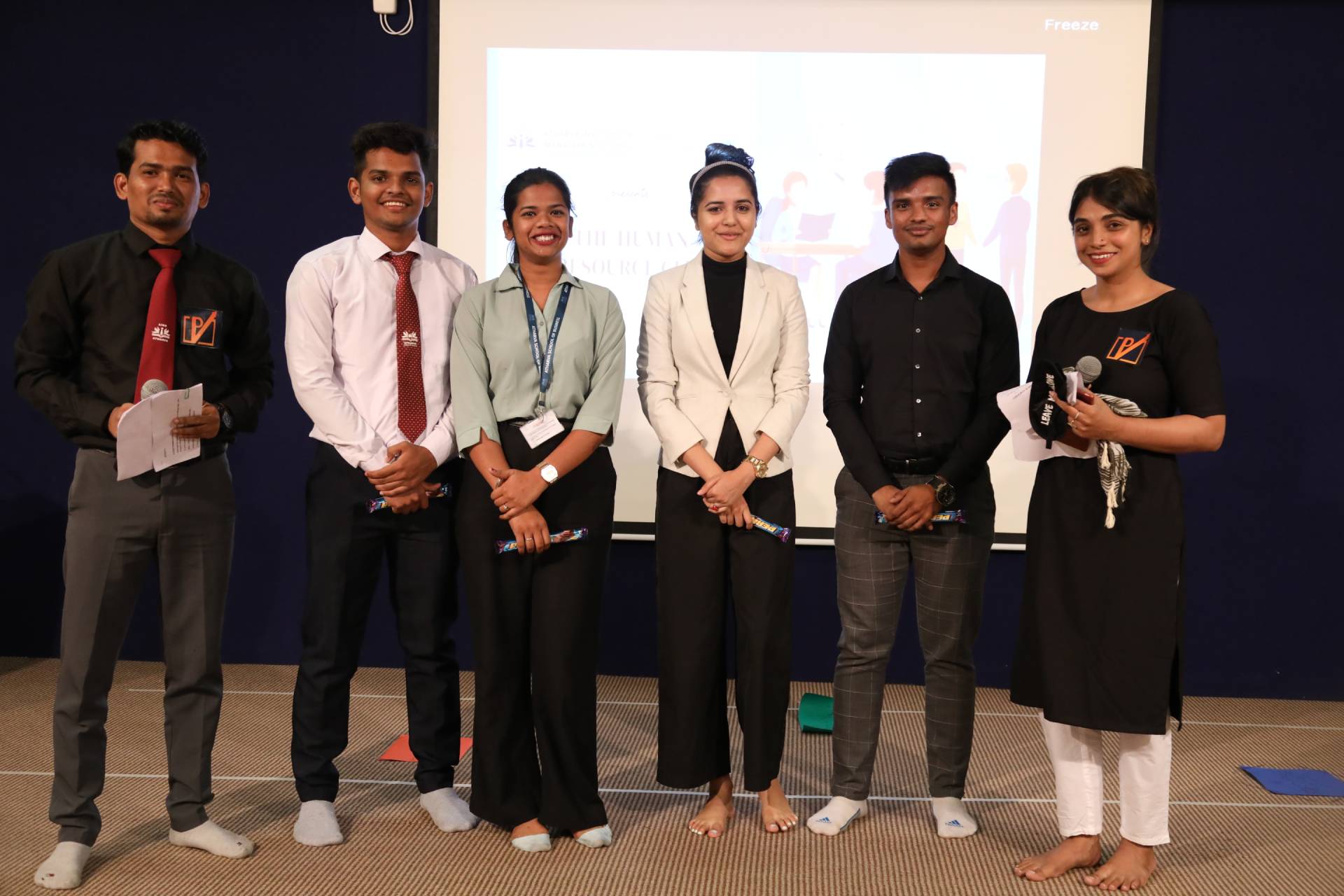 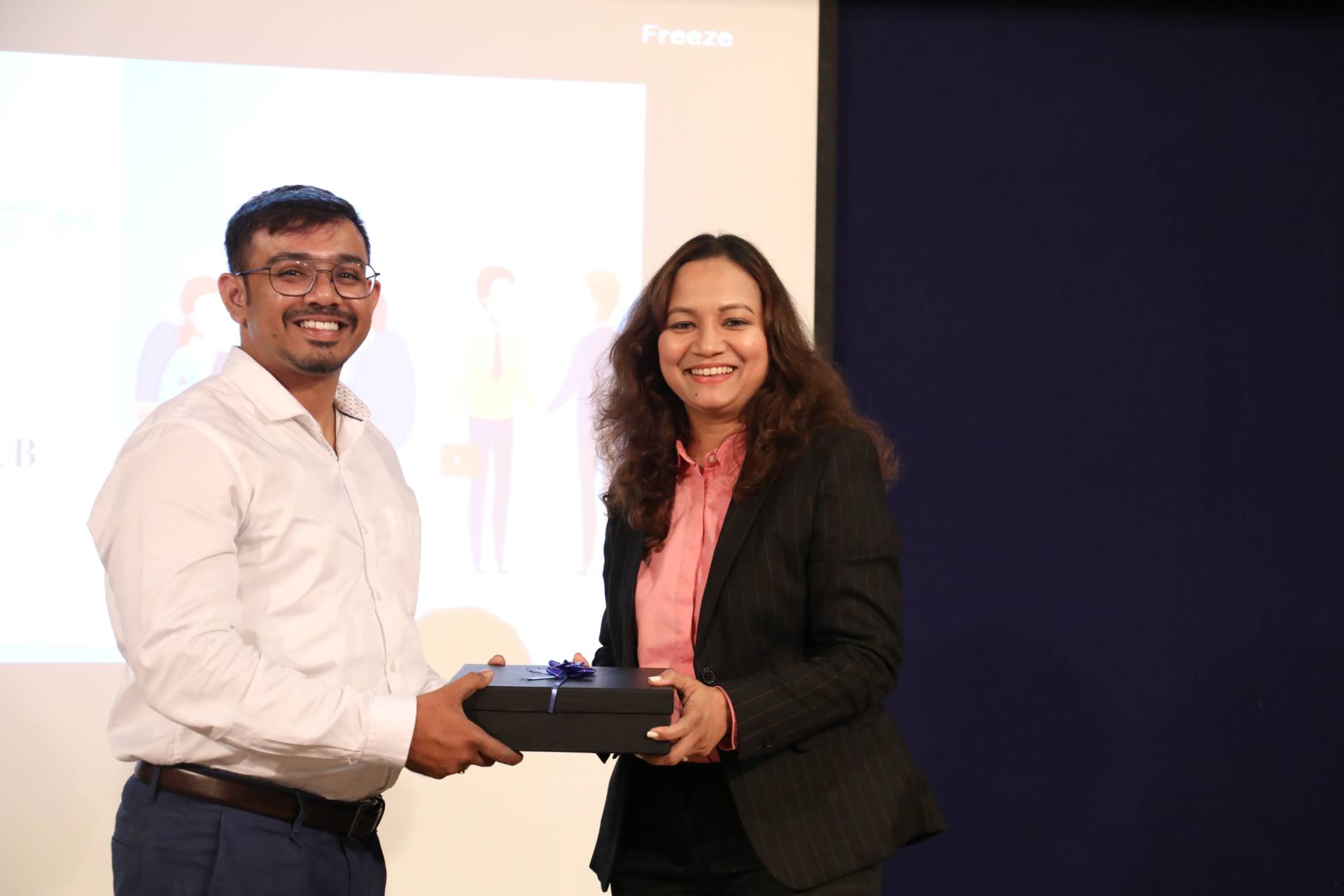 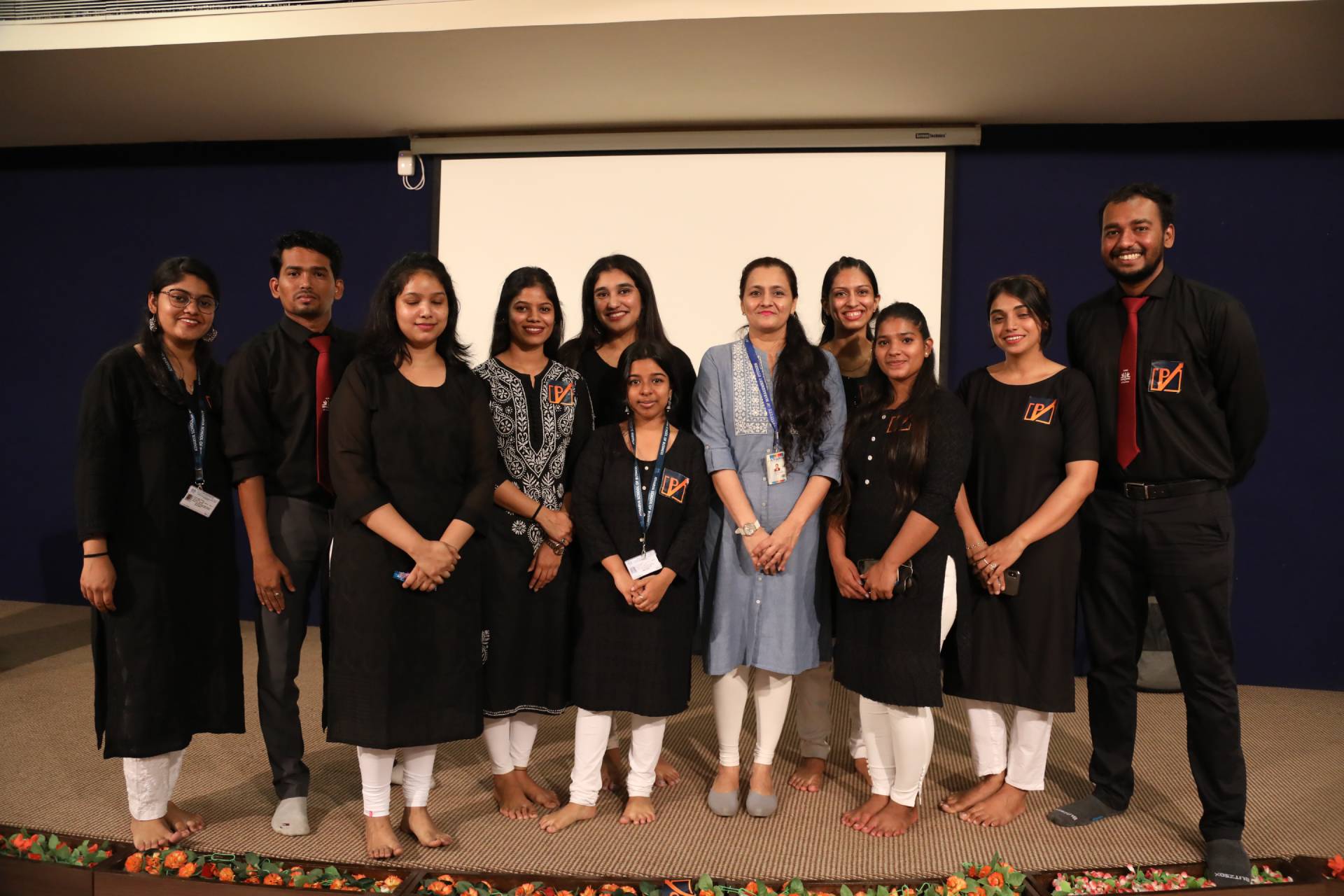 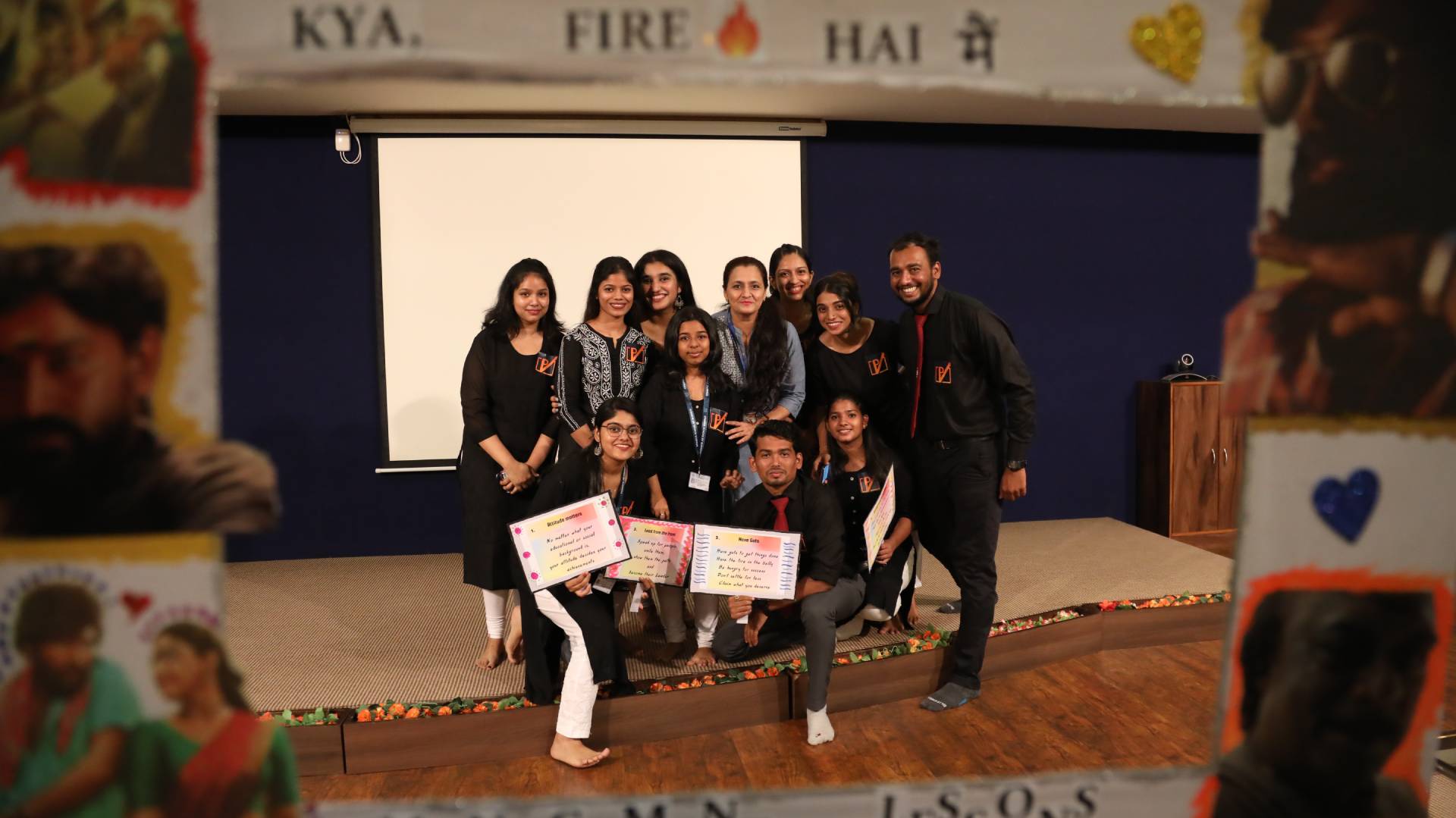